← more from
Mäss
Get fresh music recommendations delivered to your inbox every Friday.
We've updated our Terms of Use. You can review the changes here. 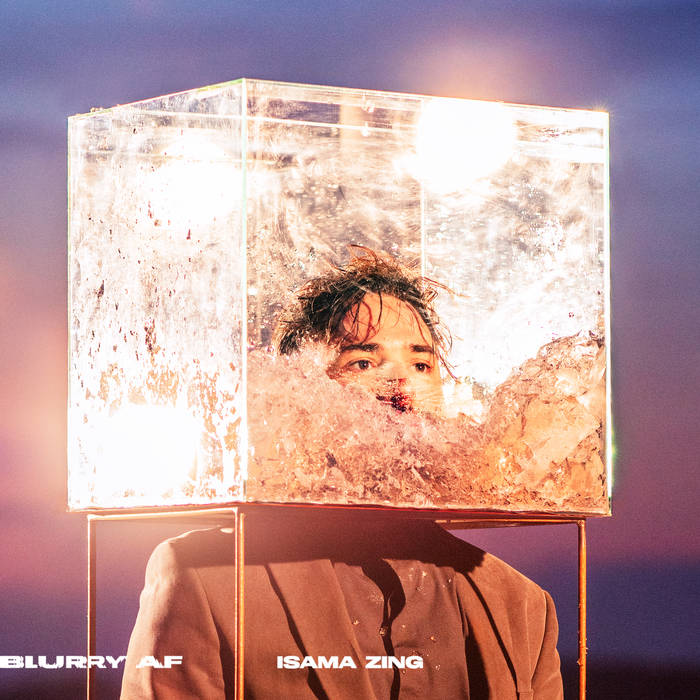 You can now preorder a limited edition of first 100 LPs, on a transparent vinyl, numbered and signed by Isama Zing.
The limited edition comes with an insert, of which exact looks, remains a secret.

Isama Zing is a Bratislava based producer, DJ, member of Mäss micro-collective and SHAPE platform affiliate.

His latest album Blurry AF is a collection of tracks that oscillate between
recontextualization of the traditional roma ballads “halgato”, vocally driven pop architeture, outbursts of noise, drone and euphoric synth stabs all held together by tangible sound design.

More than a solo body of work this is a collaborative effort, a search for the magic that happens in between, rather than in one's own head. Each song features a distinctive figure in their own niche - Prague based producers Oliver Torr and Aid Kid, noise-cumbia-dancehall aficionado DJ GÄP, visual artist turned sound explorer 3C 273, vocal contributions from Canadian/Slovak singer-songwriter Milan André Boronell, Indie pop voice Ela Tolstová, slovak actress Táňa Pauhofová, and IZ's former collaborator Johana Belišová.
It is Johana’s mother, Jana Belišova’s ethnomusicology work, in the field of traditional Roma music, which became the cornerstone for two ballads sung by Irena Pokutova and Bela Pokuta – a tribute to the musical heritage of Roma peoples, who stand against systemic oppression and ever-increasing extremist tendencies at home and beyond Slovakian contexts.

Blurry AF is an engaging reaction. A middle finger to scene tribalism and in the bigger picture, to the ever increasing social segregation, whether in digital or public spaces: organ drones, soft r’n’b vocals, brutal outbursts of industrial debris all interplay and melt into something inconspicuously new.

Bandcamp Daily  your guide to the world of Bandcamp

The Hammer and The Relentless from the Boston band Malleus stop by for a chat.